ORA Board and Committee Members

2019 ORA Board of Directors 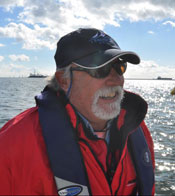 I was born in California and learned to sail on Long Island Sound of southern Connecticut. My first racing experience was in Long Beach, CA on a Hobie 16. Later I owned and raced an older IOR One Ton, “Troublemaker” under PHRF around Los Angeles and Long Beach areas. I moved to “Juno,” an Express 37, and raced her mostly PHRF coastal and buoy races and one design in San Francisco. My off-shore include racing in most of the SoCal to Mexico races on various boats (Santa Cruz 50, MacGregor 65, Andrews 50) and I’ve done two Transpac races.

I’ve also served on the Long Beach, SoCal PHRF handicapping board for two years and was Commodore of the Association of San Pedro Bay Yacht Clubs, Los Angeles Yacht Club, and Transpacific Yacht Club. I’ve done frequent RC and PC duty and have been PRO and Race Chair for several Transpacs, plus many other local and club races. Right now I’m not currently racing our boat, but I’m enjoying the slower pace and cruising with friends when possible. 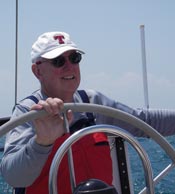 I started sailing in borrowed boats at the New Jersey shore as a kid. When I moved to Michigan after college, I bought my first boat, a 19 foot daysailer. A few boats later, my C&C35 MkI is my prime boat and I race her in a one design fleet out of the Bayview Yacht Club in Detroit. We sail on the Great Lakes, including the Mackinac Races, Bayview One Design series and the Detroit Regional Yacht Racing Association (DRYA) series. Our C&C35 MkI One design class of 20 boats is one of the largest, longest lasting One Design classes in Detroit and provides great competition.

Off the race course, I am currently active as a US Sailing Judge and have been in race management and handicapping over the past years.   As chief handicapper for the Detroit area, race chair for the Bayview Mackinac race, Club Commodore and measurer for my OD Class, I have experienced the spirit of passionate sailors who want fair racing. I especially enjoy hearings for junior sailing events where the protest process is always a teaching opportunity.

One of the biggest challenges for our sport is to provide racing that is seen as fair by the racers. The one design racing that I enjoy is not for everyone and this is where the different handicap systems come into play. In my view, the single number rating systems cause fairness concerns among handicap racers especially   when the wind and course conditions vary from the nominal values used for the rating.  The ORR system does much to improve on these concerns with its scientific basis and ratings for different race conditions. As an engineer, I prefer a system that is responsive to more variables and the ORR system does that and as a result provides the fairest sailing for racers. 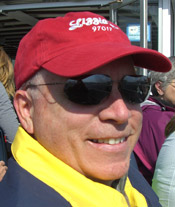 I was raised in Michigan and started sailing by building my first boat, a Rhodes 14.5' steel centerboard day sailor which I still have. It is waiting for my grandchildren to get big enough to take over. I now live in southern California which has been home for 41 years. I started sailboat racing in a Cal 28 and later in a Cal 3-30 both designed by Bill Lapworth of Cal 40 fame. My present boat is a G&S 27 which was a MORC designed racer. I campaigned the boat in MORC events around the country in the 80's and 90's with our biggest victory winning first in class and second overall in the 1986 MORC Internationals in San Diego. Over the last decade plus, we have limited our racing to Wednesday Sunset Series held at the California Yacht Club.

I have been an active member of US SAILING for over 35 years. For over 10 years, I served as chairman of the Americap II Committee which later turned into the Offshore Racing Association (ORA).  Currently, I am president of the ORA which is the owner of the Offshore Racing Rule (ORR) and the High Performance Rule (HPR) rules.  In addition, I was commodore of California Yacht Club in 1994 and have spent a lot of leisure time doing race committee work. A couple of high points were being PRO and regatta chairman for the Tornado Olympic Trials in 1992 and being regatta chairman and PRO for 1996 Schock Nationals for which we were awarded US SAILINGS St. Petersburg Trophy for yacht race management.

I strongly support the ORR because it is the most accurate and fair yacht handicapping rule in the world. The ORR is for sailors who want to be able to race boats of the type that they themselves prefer to sail, rather than a boat type that is favored by a rating rule. A major objective of the ORR is to not favor any single design characteristic over another and to change the rule as needed if trends indicate specific boat characteristics are being favored. To keep the ORR rule at the leading edge of measurement rules, there is continued investment in research of the hydrodynamics and aerodynamics of yacht design that makes it possible for ORR to be the best rating system in the world today. 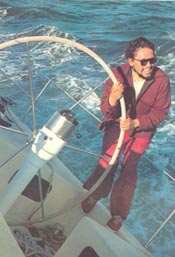 I became interested in how sailboats work even before my parents moved our family to Newport Beach when I was 13. From there I became very involved crewing on various boats, and building or modifying unusual boats. At the time they offered two classes of handicap racing and the race committee boat placards read “OR” and “ARB.” OR was “Ocean Racing” and was based on the CCA rule which required full measurement including actual weighing -- even way back then! ARB was “Arbitrary” which was the precursor to PHRF.

I graduated from Newport Harbor High School and then Cal Poly, San Luis Obispo in Mechanical Engineering. I worked only a few years in the military industrial complex before moving to Santa Cruz and 4 years later starting Bill Lee Yachts Inc. in 1972. In 1973 I designed and built the Transpac overall winner, Chutzpah, and we like to say it was all downhill from there with Merlin and the Santa Cruz 27s, 40s, 50s, 52s, and 70s.

My rule development background spans many years. In 1990 I was a member of the conference that developed the Whitbread 60 rule. In 2000, on behalf of the Transpacific Yacht Club, I was part of the committee that facilitated the development of the TP52 Box Rule. In 2003 I was involved with the MaxZ86 Box Rule and in 2006 the STP 65 Rule. Beginning in 2012 and continuing, I’ve been involved with the HPR rule.

I was judge for Cruising World Magazine, “Boat of the Year” contest for 7 years. And I retired from designing and building in 1994, but have continued to be active in boat brokerage and handicap systems. It all has been most rewarding and enjoyable.

I’ve been interested in rating rules since I worked at US Sailing (back when it was USYRU) administering IOR certificates in the 1970s.  I’ve gained immeasurable experience over the years in offshoring sailing and racing and enjoy giving back to organizations such as the ORR.

In the last four decades, I’ve sailed about 100,000 miles including 15 Newport Bermuda Races, two Marion Bermuda Races and innumerable other coastal races on either side of the Atlantic.  In 1994 and 2008 I was skipper and navigator in the Newport Bermuda Races where we finished second overall in divisions of over 120 boats.  Our family boat is Selkie, and early IMS 38-footer, designed by my late father, yacht designer Jim McCurdy.

I’m a trustee of the New York Yacht Club and past Commodore of the Cruising Club of America.  One thing that is important to me has been working to improve Junior Safety at Sea training through my membership with Storm Trysail Club.  I hold a USCG 100-ton Master’s license and a Master of Marine Affairs degree from the University of Rhode Island. 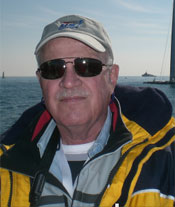 I  live in Hugo, Minnesota, near my son and his family, after leaving Rhode Island in 2015, where I was the Offshore Director of US Sailing for 16 years. It looks like there may be an A Scow or an iceboat in my future. In the meantime, I am the chair of the J Class Association Technical Committee.

Unlike many of you, I didn't learn the unbelievable joy of sailing and racing until I was an undergraduate at MIT. Since then, much of my sailing experience has been on the west coast. After crewing for friends and racing around the buoys in California, I was then introduced to distance racing with my first Newport to Ensenada event in 1970 on a Del Ray 24. I was hooked. In the late 1980s, I progressed to a Santa Cruz 50, Bombay Blaster, which I raced locally in southern California, plus coastal California, Mexican and transpacific events. Those included; Oakland to Catalina, San Francisco to Long Beach, Newport to Cabo San Lucas, Los Angeles to Cabo, Long Beach to Cabo, Marina Del Rey to Puerto Vallarta, San Diego to Manzanillo, and two Transpacs. After selling the Santa Cruz 50, I raced a BOC 50 for two years.

In sailing-related activities I was Commodore of the Fabulous Fifties/California Fifties organization from 1990 to 1993. In addition I have been the Chief Handicapper for the Southern California Region of PHRF, captain of the San Diego PHRF fleet. Currently I am a Staff Commodore of the Transpacific Yacht Club. San Diego Yacht Club is my primary club, and I am still active in the Los Angeles Yacht Club and the Cortez Racing Association. I also served on the race committee of the San Diego Yacht Club and was a Principal Race Officer for the Cortez Racing Association. 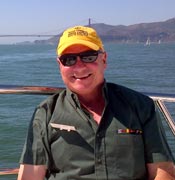 I’ve been involved in the yachting and sailing industries for over 40 years and I currently reside in New England.  One of my favorite races is the Newport Bermuda Race which I’ve sailed 20 times.  Offshore racing is always a passion but I’ve also done blue water cruising around the globe from the High Arctic to the Caribbean to the Baltic.

For over 30 years, I’ve worked as a new construction and refit project manager, owner’s representative, developer of yacht race management software and I have owned/operated a full service yacht yard. For the past 19 years, I have been a marine surveyor, working primarily in the sailing community. I’ve been lucky enough to have worked with many of the yachting industry’s top professionals and private owners.

In 2005, I was one of the co-founders of the Offshore Racing Association (ORA) where I am currently on the board, and am a member of the ORR and HPR committees.  For many years I have been involved with the Bermuda Race Organizing Committee (15 year member) and served as Chairman in 2002 and 2004. I’ve also been very active in US Sailing, Cruising Club of America, Royal Bermuda Yacht Club, Storm Trysail Club and Off Sounding Club.