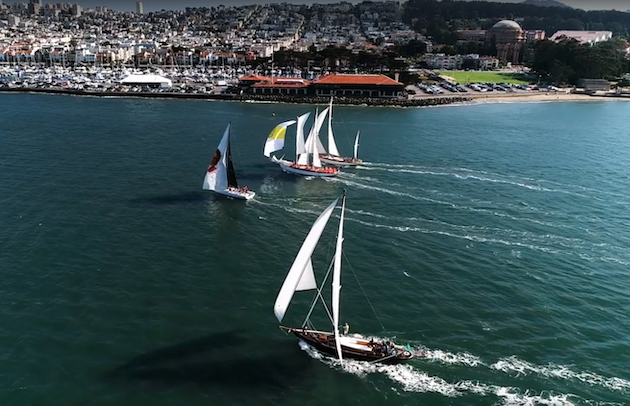 “We went back to the way Big Boats was run 60 years ago,” said Beau Vrolyk, owner of the schooner Mayan and a director at the host club, St. Francis Yacht Club. “We started and finished in front of the clubhouse, and there was a big spectator value. When the starting gun went off, bar patrons would turn to the window and see five boats on starboard tack, heading straight for the bar.”

The first Classics race of the series also had a photo finish. “We had a 48-foot sloop, a 56-foot yawl, and our 59-foot schooner crossing tacks all over the bay,” said Vrolyk. “After sailing for 12 miles, we ended up overlapped at the finish. It was one of the most fun races we’ve done in years.”

The boats, all built before 1955 and measuring at least 48 feet on deck, were handicapped and scored using the ORR-Ez rule, and corrected finish times were close in all but the windiest races, when limited sail inventories and equipment challenges spread out the fleet.

ORR-Ez normally uses owner-submitted design data, but to help rate some of these classic boats, the ORR’s Technical Director Jim Teeters tracked down lines plans in the archives of Mystic Seaport and MIT. He also observed the regatta and held a meeting with the owners to explain how the VPP rule works across different course configurations and wind strengths, as well as its subjective side. 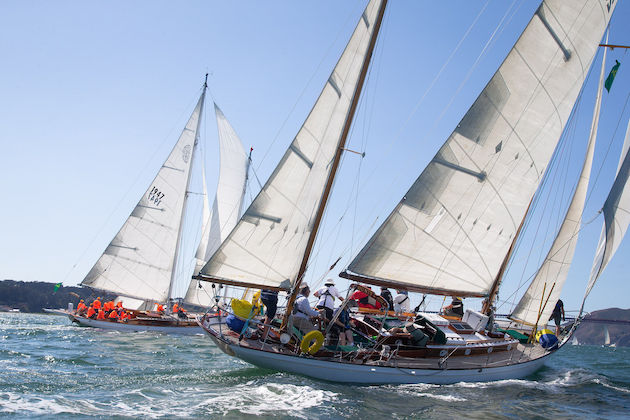 “Given the age and construction and rig design of these boats, all were receiving some adjustment,” said Teeters. “At the owners’ meeting, I mentioned that this event was really a ‘calibration run’ for the class.”

The series had four races, with the first held in light wind and the last in the strongest breeze. Courses typically included a mix of upwind, reaching and running, and St. Francis YC’s race committee matched the configurations by utilizing ORR-Ez’s GPH rating, which assumes equal distances sailed at all wind angles. Despite a fair amount of upwind work, the schooners in the class, Brigadoon and Mayan, were extremely competitive and races were often decided by less than a minute. 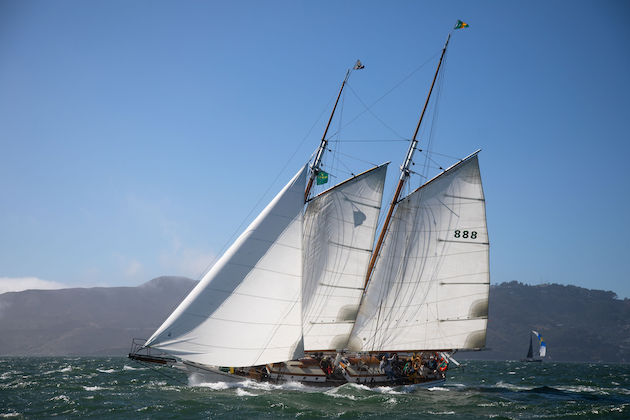 In fact, the two schooners corrected out to first and second in each race, and Terry Klaus’ Brigadoon won the series. Given the two boats were the most race-tested vessels in the class and flying the newest sail inventories, it’s no surprise that they performed best. However, the time spread was often small, with Dewey Hines’ 54-foot yawl, Ocean Queen, usually closest.

Hines hadn’t planned to race his Philip Rhodes design in the series, but Vrolyk made a bar-stool offer Hines couldn’t refuse; in exchange for ponying up the entry fee, Hines got two drinks and Vrolyk’s designated helmsman, Paul Cayard. 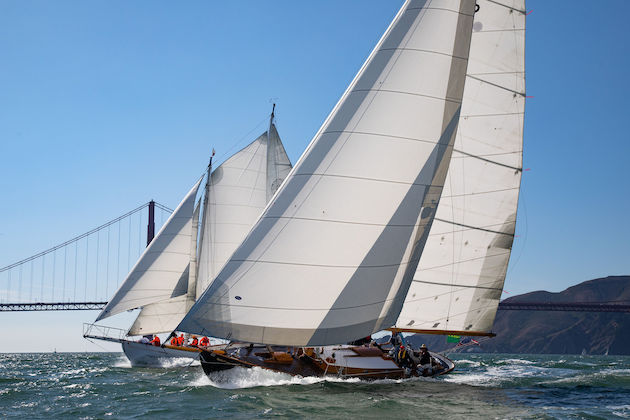 Cayard, the former America’s Cup helm and current chair of the board at St. Francis, is also a promoter of Classics racing, and good naturedly moved from the helm of Mayan to the foredeck on Ocean Queen.

Racing with old sails and no practice, Hines scored three thirds and then retired from the fourth race when the water was coming in a bit too fast. “We’re coming for you,” he told Vrolyk after the regatta. 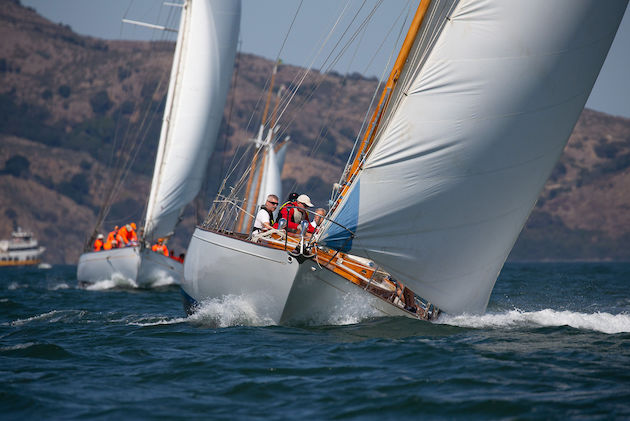 Cayard and Vrolyk plan to make a Southern California tour in the off-season to drum up interest in a bigger fleet for the 2020 Rolex Big Boat Series, and some of the Bay Area boats may head south for some spring racing first.

For now, Vrolyk said, “We’re torturing fellow big-boat owners with photos of how much fun it was.” 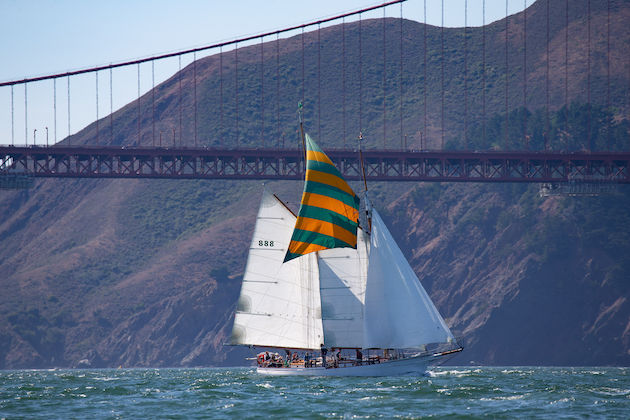 Brigadoon spreads all her canvas in front of the Golden Gate Bridge on a five-sail reach. Rolex/Sharon Green photo