Not a Genoa. Not a Spinnaker. It’s a Tweener!

In 2018, when the Offshore Racing Rule (ORR) introduced ratings for boats carrying Large Roach Headsails (LRH), some sailors thought the sails were unnecessary. A year later, consensus is building among sailors that the ORR made a good move. The LRH sails, also known as tweeners, are so good that jib tops and some Code Zeros are being left on the dock.

“A tweener can turn a white-knuckle reach into a fun sail,” says Al Declerq of Doyle Sails Detroit. “And it can sail surprisingly fast at deeper angles than expected. In 10 years, every boat will have one.” 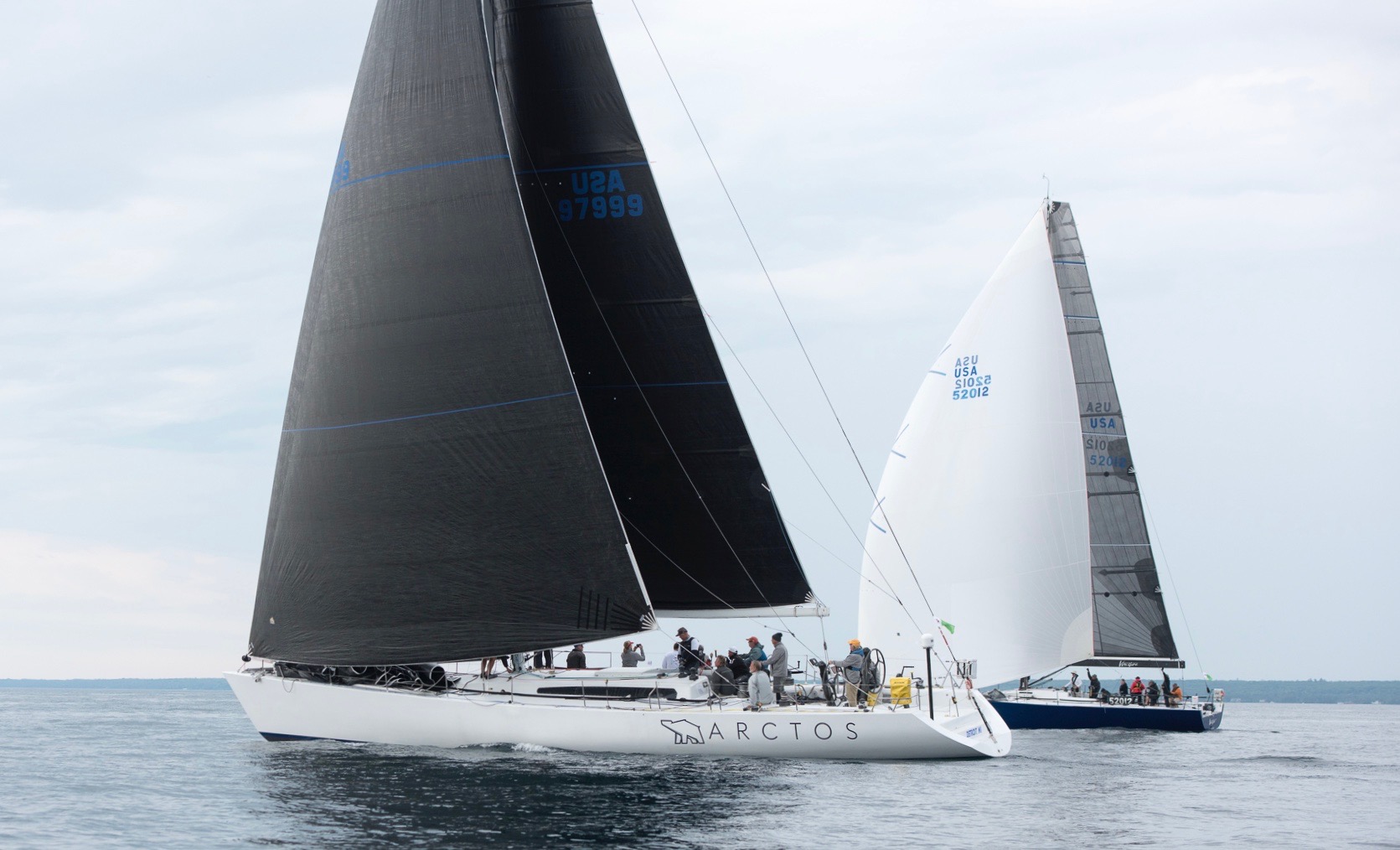 During the 2019 CYC Race to Mackinac, Arctos sets a tweener headsail (gray) in light conditions, to leeward of a 75-percent girth spinnaker. Photo by Photoboat.com.

By definition, the size and shape of a tweener falls between that of a jib and a spinnaker, and a fuller definition is available in last year’s announcement that the ORR and ORR-Ez rules would rate such sails. The rules measure the sails as both a jib and a spinnaker using the ratio of the half-width measurement to the foot (see diagram); tweeners must have half-width measurements greater than 50% of the foot but less than 75% when measured as a spinnaker. One LRH sail is allowed aboard in place of one of five large headsails, and currently the typical sail is being built at 60 to 62%. 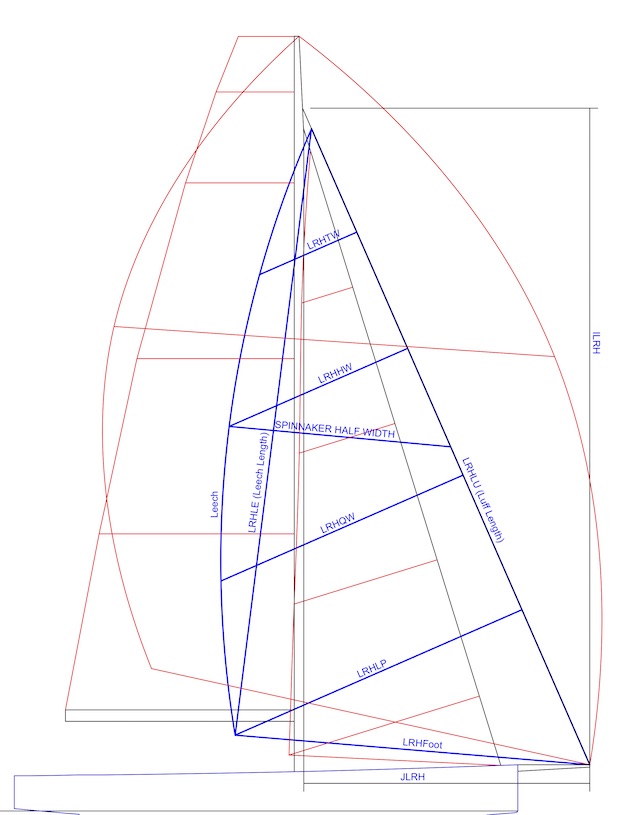 What are the main benefits of this in-between sail? In the range of approximately 60 to 95 degrees true wind angle, the tweener gives you a bigger, more powerful sail than a genoa and a more efficiently shaped sail than a spinnaker.

In light air, you can sail quite a tight angle compared to a 75% sail, and in heavier air, a tweener can sail more effectively than a tightly trimmed asymmetric spinnaker or Code Zero.

Declercq explains that in the latter case, because of their extra girth, asymmetrical spinnakers must have significant luff curve, which folds over when sailed too high, or more leech, which hooks to windward and acts like a brake. Not only is the tweener faster in these conditions, it’s more stable and easier to fly.

For club racers, Declercq says the “fast life” of a tweener will be double other reaching sails, because the leeches don’t have roach and “won’t go bad as quickly.”

“The sail is changing inventories,” he adds, explaining that on some boats, tweeners are making the conventional 75% Code Zero obsolete, and also cutting into the coverage range of A3 and A1.5 spinnakers.

Just in case you thought this was a brand new idea, note that multihull sailors have long carried a similar roller-furled sail called a “spreacher”—short for spinnaker reacher. Whatever you call it, it looks as if the sail is now aboard monohulls to stay, and you can put one to work for you as long as you’re racing with an ORR or ORR-Ez rating.