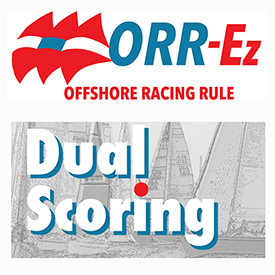 This is the fourth in a series of studies in which selected races and series are "dual-scored" with the ORR-Ez rating rule. We’ll review the data and make evaluations based on results, conditions and course configurations. Comments and questions are welcome.

The Series:  This week we'll take a look at the New Orleans Yacht Club’s Wednesday Night "LPWSA/Sala Restaurant & Bar Twilight Racing Series," after the club had its 5th race, which completes the series.

The dual score: Here we present scoring under PHRF ToD (Time on Distance) and then scoring with ORR-Ez ratings, using the "rating set" for the windspeeds and course configurations relevant for each of the five races. 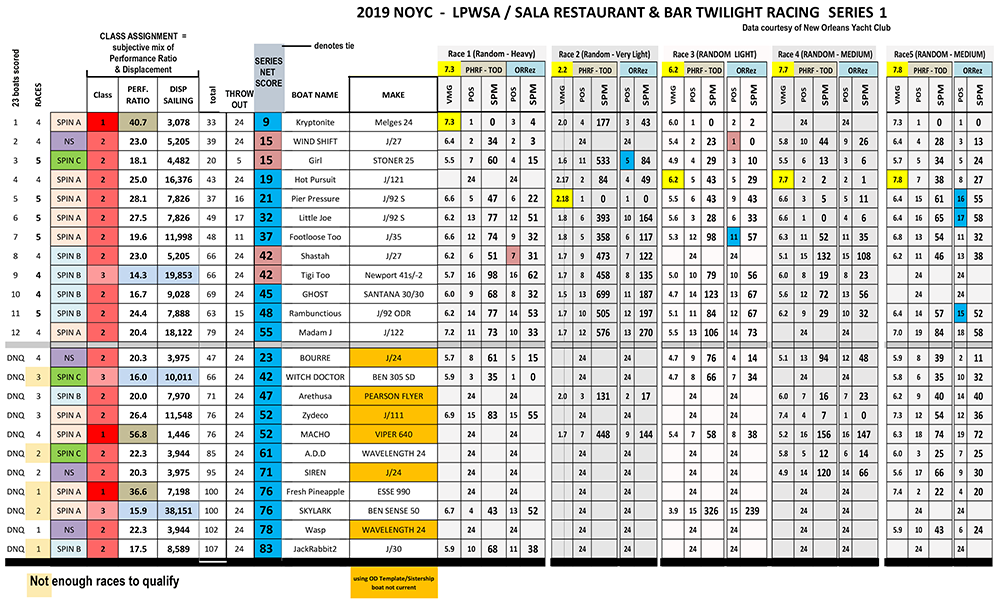 We’re now able to look at the results from a completed series! Twenty-three boats were dual-scored, some from sister-ship data and some from One Design templates, as not all boats had secured ORR-Ez certificates by the end of the series.

Once again, we’re going to raise a couple of issues that affected this set of scores. The first is the fact that NOYC really doesn’t run W/L races, rather, they run mostly reaching courses. ORR is in the process of running a new set of ratings for a “mostly reaching” course, but these five races were scored using the existing product, “random leg,” which doesn’t quite have the formula for courses that don’t incorporate a true beat to weather (e.g., the need to tack at least once).

Another key point is an issue that no existing handicap racing rule has solved, and one that only clubs and race officers can—the experience, expertise and resources some programs pump into a boat competing in weeknight racing, frequently as practice for larger regional or national events.

Given these challenges, we still see that using a VPP handicap scoring program has, nonetheless, resulted in a closer series, and when we score the fleet “overall” we notice that smaller, lighter boats do well on short course races.

We’ll delve a little deeper into the data next time, and we should be able to look at some first races in other venues, as spring and starting lines come to the south and the mid-Atlantic later this month!