I considered naming this “ORR-Ez for Dummies,” but assumed there might be some copyright issues. The issue is that change is tough, especially when several generations of sailors have become comfortable with a system that many accept as flawed, but easy to deal with. Until three years ago, the alternatives were “complicated and expensive” vs. “simple and cheap.” The evolution of VPP systems to the club level, which don’t require measuring the boat and have a reasonable price point, changes all that. 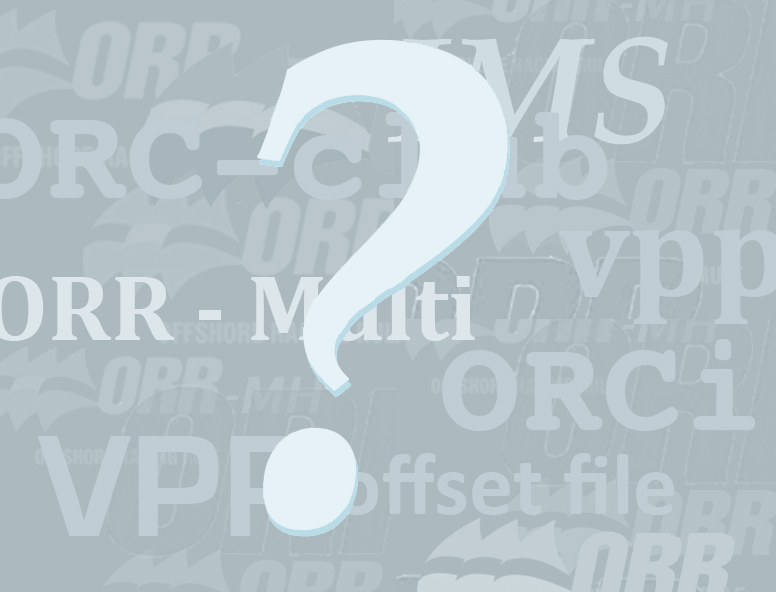 ORR-Ez certificates have grown from from zero in number in 2016, to 157 in 2017, and 387 in 2018.  A key point is that the vast majority of this growth is in just three locations—Bayview-Mac Race, Mass Bay Sailing Association and Chesapeake Racer Cruiser Association. With strong interest in Southern California and New Orleans, those numbers could possibly be dwarfed very quickly.

Episode 1 – The Jargon – Having already used one, it seems a good starting place would be to share several everyday acronyms that many take for granted but others may wonder about. Like everything in sailing, learning the lingo makes life a lot easier.

VPP – Velocity Prediction Program – This is both the name of the tool that generates our ratings and a generic name for that type of system. Developed in the 90s, the granddaddy is IMS that got this all started but failed due to excessive cost and complexity of managing it for race officers.

IMS – International Measurement System – Interesting this acronym has two meanings. In the 1990s, it referred to a rating system as noted above. More recently it means a set of rules that define what is and how it is measured on the boat. By using IMS, the complete boat can be measured, including the hull shape, appendages, propeller, stability, rig and sails.  Until recently, there were unique measurement requirements for the three major rules (IRC, ORC & ORR). Fortunately, that has changed.

ORC – European-based step-sister of ORR. Comes in both ORCi (measured) and ORC-Club (unmeasured). The ORC-Club rating is generated by US Sailing at a significantly higher cost than ORRez.

OFFSET FILE – Not an acronym but a concept that needs to be understood, since it is the primary building block for all VPP systems. Essentially a modern version of the traditional “Half Model” used to design and build boats. These computer files are used by VPP programs to predict performance under a variety of wind speeds and points of sail. A key issue for many older and modified boats is the lack availability of these files. ORR-Ez provides these at no cost in a program called “Build a Boat.”  If you have an older design, it’s important to be aware that this process takes considerable time, from a very skilled person, and may delay the processing of your application