Wayne Koide, Encore’s owner, remarked about racing under the ORR rule, “The fact that a relatively small boat such as ours can win this award over larger, faster boats says something about the rule – I think ORR is definitely the best rule for offshore events.”  Koide brought up what many sailors mention when discussing racing: the importance of the crew.  “Regardless of what rule we are sailing under, I believe the most important element in racing is having a committed crew,” Koide stressed.  He continued, “Win or lose, if you’re racing with your friends and family [Koide races with his wife, Suzie], you can never go wrong.” Encore is a Sydney 36 CR boat and is well known on the West Coast.  Edward Marez’s Buona Sera, a Santa Cruz 70, had a successful season racing out of the Santa Cruz Yacht Club.  Adrenalin LLC, a SNC 50, is crewed by husband and wife team Mark & Shana Howe.

The ORR West Coast Championship Series began in 2013 and the 2016 series’ races included:  the OYRA Lightship Race, Great Vallejo Race, Spinnaker Cup, Coastal Cup Race, OYRA Farrallon Islands Race, Pacific Cup, and Rolex Big Boat Series.  Scores were based on the best results of a minimum of 3 of the aforementioned races.  The Pacific Cup was weighted as two races while all other regattas were weighted as one race. 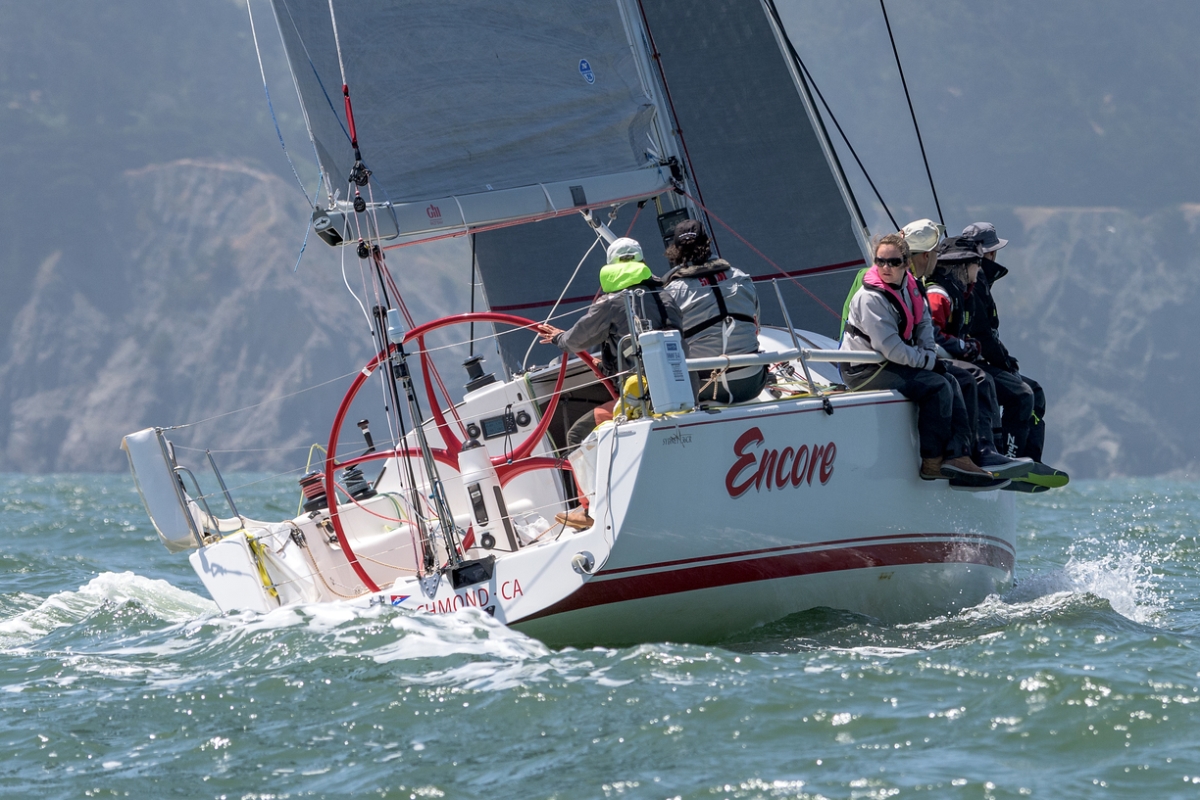