Los Angeles, May 16, 2014 -- Meeting at Long Beach YC, the Board of Directors of the Transpacific Yacht Club have announced that the first start for the next 2225-mile Transpac race to Honolulu will be Monday, July 13, 2015. Slightly later than usual, this date is timed to allow for better expected winds later in the summer and moonlit skies as the boats approach Honolulu.

"We feel this later start will result in a faster, safer and more enjoyable race," said TPYC Commodore Dan Nowlan. "The traditional sendoff parties and competitors meetings will be held on the weekend prior to the first start. These gala parties are almost as famous as the arrival parties in Honolulu, and have become an important part of this race. Likewise, our Honolulu Committee is preparing for their renowned Aloha welcomes for all the racers after they cross the finish line at Diamond Head."


The second and third start dates for the faster boats in the fleet will follow the first start and will be announced as soon, as will dates for upcoming race seminars and other announcements from TPYC. The Notice of Race is in preparation now, and is expected for release in the next 30 days.

Interest levels are already rising for the 2015 race, so its not too early to start making your plans to join the 48th running of this TransPacific classic.

For more information about the race and its history, contact . 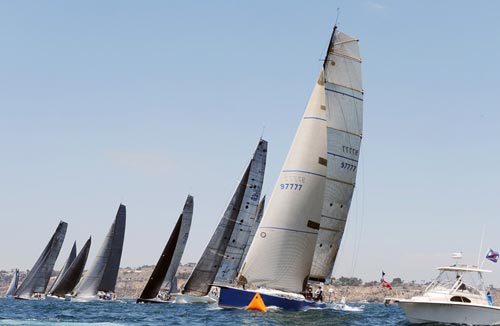