July 23, 2013 - The Offshore Racing Rule (ORR) recently announced the appointment of a new executive director, Bjorn Johnson of Newport, RI.  Johnson served as Chief Inspector for the Newport Bermuda Race in 2006 and 2008, and Race Chairman in 2010, and he was the Race Director for the Charleston to Bermuda Yacht Race.  Johnson is the Safety and Technical Chairman of the 2015 Trans-Atlantic Race.

“I’m excited to be part of growth in the ORR Rule and the sport of sailing.  The ORR is one of the best places for new racers to develop, because the rule fairly handicaps a diverse spectrum of boats and offers a great grassroots program for owners,” Johnson said. 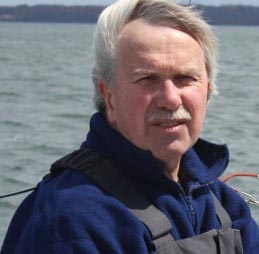 Johnson’s extensive background in management, strategic planning and partnership development, along with lifelong experience in the boating industry, were key factors in his selection, according to the ORR. Johnson has raced and cruised more than 80,000 nautical miles on boats ranging from dinghys to 100 footers.  His awareness of the needs of those who want to participate in the boating lifestyle and his work as a consultant for a variety of companies in the boating industry made him an ideal choice for this position.

“I grew up in a boating family that understood sailing as both a lifestyle and a business, and I’m proud to work with the ORR, because it’s especially important in managing and creating the fairest rating possible for the widest variety of boats,” stated Johnson. “Rating rules must be pro-active, anticipating new designs and innovations. We listen to our customers – owners, sailors, and crew – and provide them with services they need like education on the rule and its implementation, and why this rule works so well for so many.”

Johnson is a member or former member of a number of yacht clubs, several of which he held officer positions, including:  New York Yacht Club, Cruising Club of America, Midget Ocean Racing Club Station 5, Atlantic Highlands Yacht Club, Storm Trysail Club, Royal Ocean Racing Club and North American Station of the Royal Scandinavian Yacht Clubs.  He is also a member of the US Sailing Safety at Sea Committee, CCA Safety at Sea Committee and Offshore Committee of the Bermuda 1-2.