"This was the first year for the East Coast Series, and we were able to put together a good set of regattas," said John Winder, spokesman for ORROA and the Offshore Racing Rule (ORR). "The cluster of 3 to 4 events around, and including, the Newport Bermuda Race, provided a broad variety of racing. Participating skippers enjoyed tying together multiple events under ORR, and we’ve heard they look forward to next year’s series." 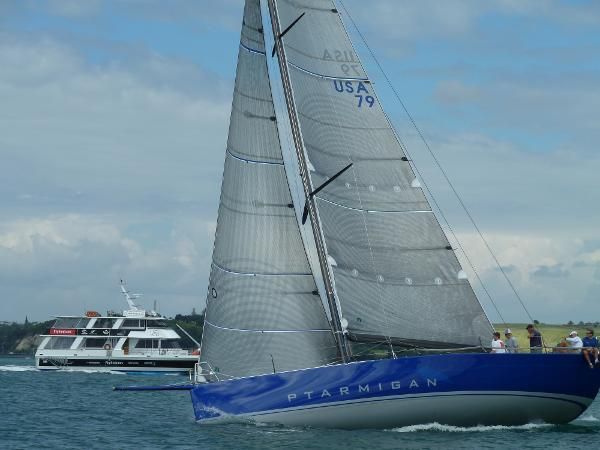 This racing series was open to yachts holding a valid 2012 ORR certificate that entered in a minimum of 2 of the following races: Block Island Race, NYYC Annual Regatta, Newport Bermuda Race, RBYC Anniversary Regatta and Stamford Vineyard Race. In addition, each yacht must have competed in at least one distance race (Block Island, Newport Bermuda Race or Stamford Vineyard Race) in order to qualify.

"Our Ker 43 Ptarmigan was not designed to ORR, but the fact that it was also very competitive under ORR demonstrates the range of boats that the Rule can rate fairly," stated winning skipper Larry Dickie. The 2012 East Coast Championship Series was the inaugural year for this region. A Great Lakes Championship Series was started in 2010 and has been well received by Midwest sailors. The Offshore Racing Rule Owners Association, in cooperation with the Offshore Racing Association (ORA) and Offshore Racing Rule, developed these regional series for sailors and race organizers interested in giving boat owners of all types a fair and level playing field. The ORROA seeks to encourage the use of a common, objective rule – the ORR – to increase participation in regattas across the country.

based handicapping system. By providing this fair system, the organization encourages participation from a broad group of boat owners, inviting them to become active participants in this new association and championship racing series.

The ORA will promote the use of the fairest, objective handicapping possible based on a velocity prediction program (VPP) at an affordable level for a diverse fleet of monohulls within a reasonable size, age and design range.