The milestone rating certificate was generated with the ORR’s proprietary “build-a-boat” tool, providing a VPP-based rating for the Morris M36 Helene owned by Peter Ellis in Chicago.

“I enjoy the existential aspects of sailing,” says Peter Ellis, owner of the M36 Helene, which received the 900th ORR-Ez rating certificate last week. “Racing isn’t my cup of tea, but I like to sail efficiently.” 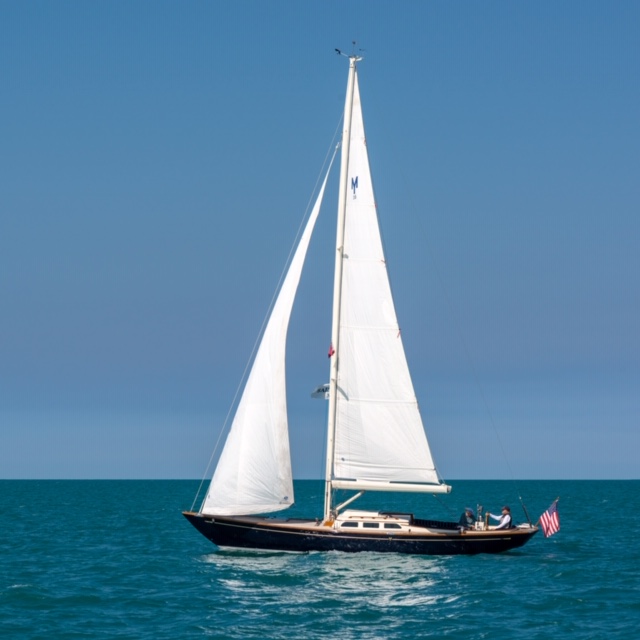 Despite his bias against racing, Ellis paid $100 for a certificate last week and has entered the new Thursday night races at Chicago Yacht Club organized by Rick Reed, a J/35 owner. These races are different from the traditional Wednesday night races: they are time-trial events with no race committee. Each entrant takes their own start time at the entrance of Monroe Harbor, sails the pre-set course, finishes where they started, and reports their time and wind conditions.

Reed, who has half a dozen boats registered for Thursday nights so far, chose ORR-Ez instead of PHRF because the rating system provided a fairer test and explains it this way:

“ORR-Ez has ratings for five types of courses and four wind strengths. We have one course using navigational aids—4.2 nautical miles out and back—so depending on the wind direction, that can either be a windward/leeward, or a reach/reach. ORR-Ez lets us pick that day’s type of course and the observed wind speed, then takes these conditions into account and provides fair ratings to score a myriad of different type boats.”

Jim Teeters, the technical director of the ORR rule, says that since ORR-Ez was first introduced in 2015 as an inexpensive step up from PHRF, it has steadily grown on a national basis for many of the reasons Reed outlines. Teeters adds that ORR-Ez is especially suited to weeknight racing in Chicago because so many boats already have ORR certificates to compete in the CYC Race to Mackinac every July. For those boats—since the Mackinac Race was cancelled—the ORR is providing ORR-Ez certificates this year at no charge. 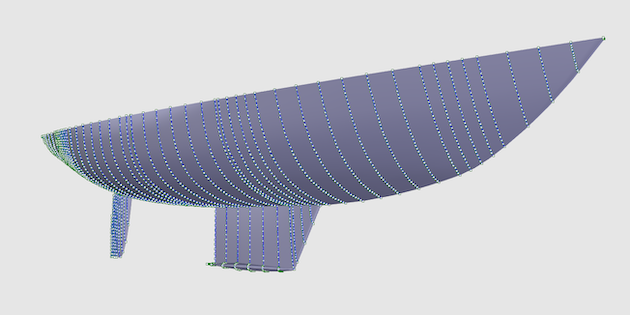 ORR-Ez builds on the foundation established by the ORR rule, used for many years in major races from coast to coast. The ORR requires hull measurements, so Teeters has a database full of boat-model hull info to draw on for ORR-Ez. However, when in a small number of cases a boat like the M36 has never been professionally measured, Teeters uses what he calls a “build-a-boat” program developed for ORR-Ez, which creates a reasonable facsimile of a boat’s hull design based on publicly available data and drawings of the model and similar designs, and in some cases the actual design file provided by the designer. That was the case for the M36 Helene when Teeters signed a non-disclosure agreement and Sparkman & Stephens provided the complete design file. The ORR has created ratings this way for a huge range of designs, from the Viper 640 and International One-Design, to classic schooners and the Pride of Baltimore.

Ellis, Helene’s owner, doesn’t care for the intensity of the typical race start, and he’s excited about the time-trial format. He thinks it will also suit his crew better—usually it’s just him and his wife and occasional guests. He says it’s no problem to handle the sheets on the Morris from the helm, and he loves the close-windedness of the design and its ability to cut through the chop upwind. He says, “It’s faster than most boats in tough upwind conditions. In fact, it’s a wolf in sheep’s clothing!”

ORR - America's Choice, part 1 of a series Members of Bayview Yacht Club and other Great Lakes clubs...
ORR Permits Outriggers in 2020 on Experimental Basis if Agreed By Race Organizer
By: Jim Teeters - March 25, 2020

The experimental certificate option may be used by only a few boats in one race this year,...
All ORR News