Here are the final standings for the 2019 Mid-Atlantic ORR-Ez Championship:

The difference with this series is, we score as a single fleet regardless of class entered.  We can do this because of the power of VPP ratings!  Eleven boats did enough races to qualify, 61 boats competed in the series and 13 needed just one more to qualify.  Many of those 13 said they'd be keeping a closer eye on the series in 2020, in order to qualify.

These ORR-Ez series are a more local version of the four regional ORR Championship series, first started on the Great Lakes in 2006.

Similar ORR-Ez series will be forming in various local venues in 2020. The key point with these are the involvement of local clubs and owners doing the heavy lifting with organizing these events, with the formidible resources of ORA helping with rating, scoring and promoting the races, along with the participation and guidance of their ORR-Ez Area Representative. 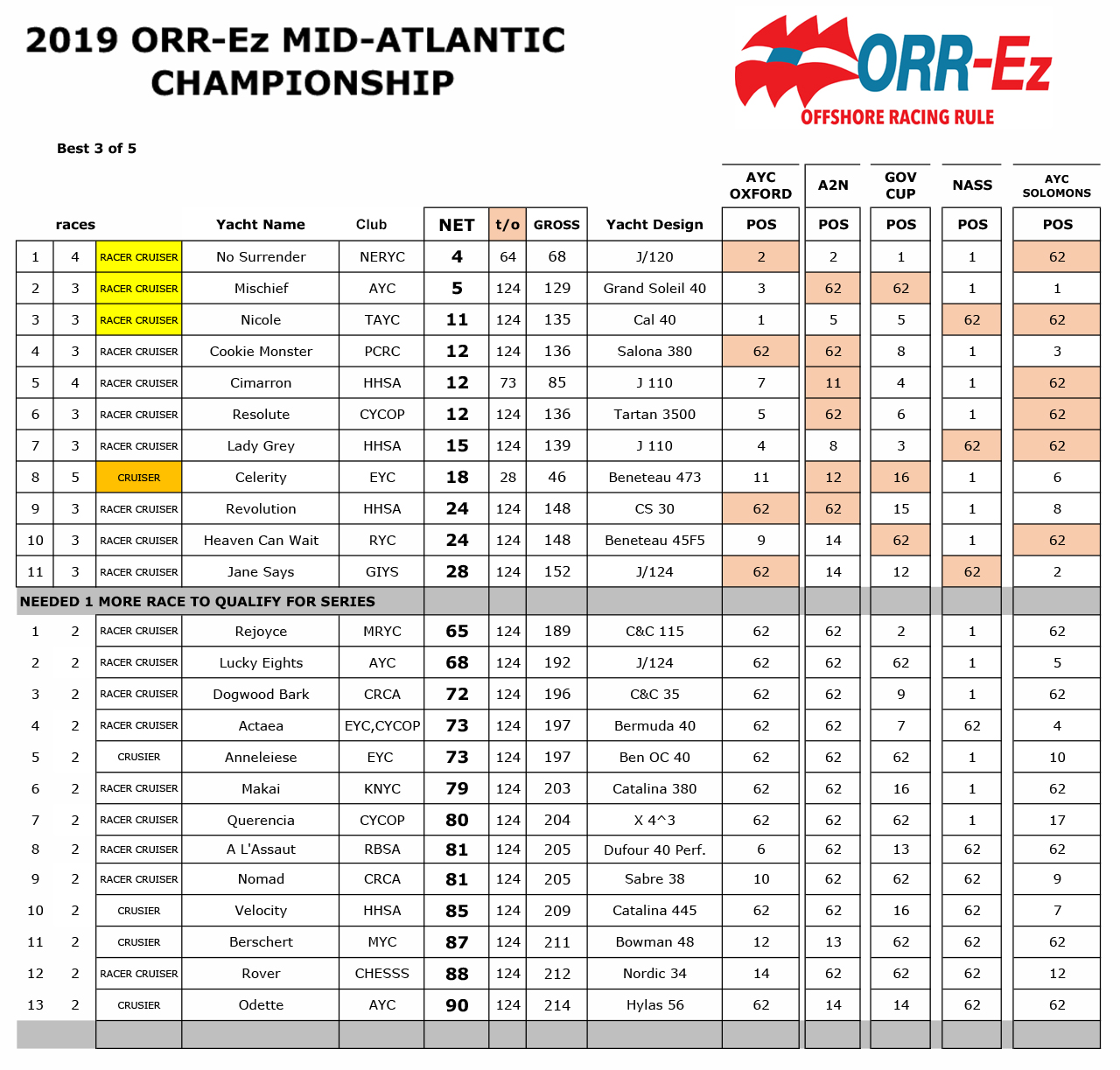 For the first time, a varied fleet of classic yachts took the spotlight at the St. Francis Yacht Club’s...
2019 Mid-Atlantic ORR-Ez Championship
By: Tim Ford - October 20, 2019