This is the first in a series of quick studies in which selected races are "dual-scored" with the ORR-Ez rating rule. We’ll review the data and make objective evaluations based on results, conditions and course configurations. Your comments and questions are welcome. 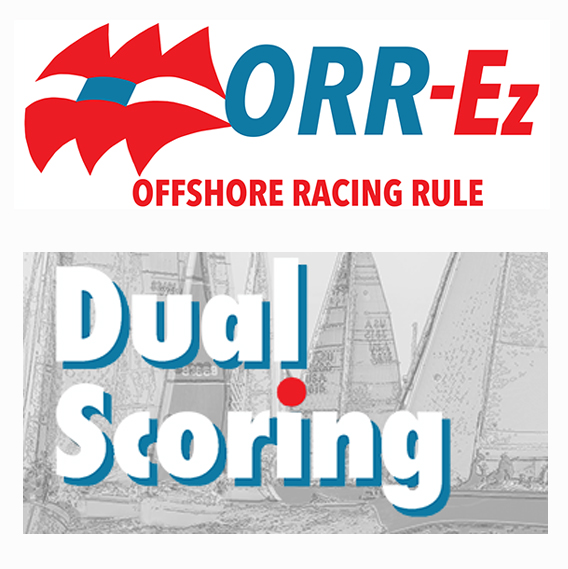 The race: The race we’ll examine this week is the New Orleans Yacht Club’s first Wednesday Night race, “Series 1, Race 1” which was held on March 13 in 15-25 knot winds on a random leg course that involved mostly reaching.

The dual score: Here we present the actual scoring under PHRF ToD (Time on Distance) and then scoring with ORR-Ez ratings using a “Heavy Air/Random Leg” rating set.

When we look at the data below, the first thing to notice is we have SPIN A, SPIN B, SPIN C, Non-Spin and Non-Spin B boats all being scored together, in an “overall” fashion. We like to see the effect of the ORR-Ez rating rule throughout a range of ratings, vessel “types” and sail plans.

You also may be wondering why only 15 of the 31 boats are included in this analysis. Indeed, there were a lot more boats out there for this race, but we have valid ORR-Ez ratings on 15 of the 31 boats, and we can more readily and accurately score them for this particular event. 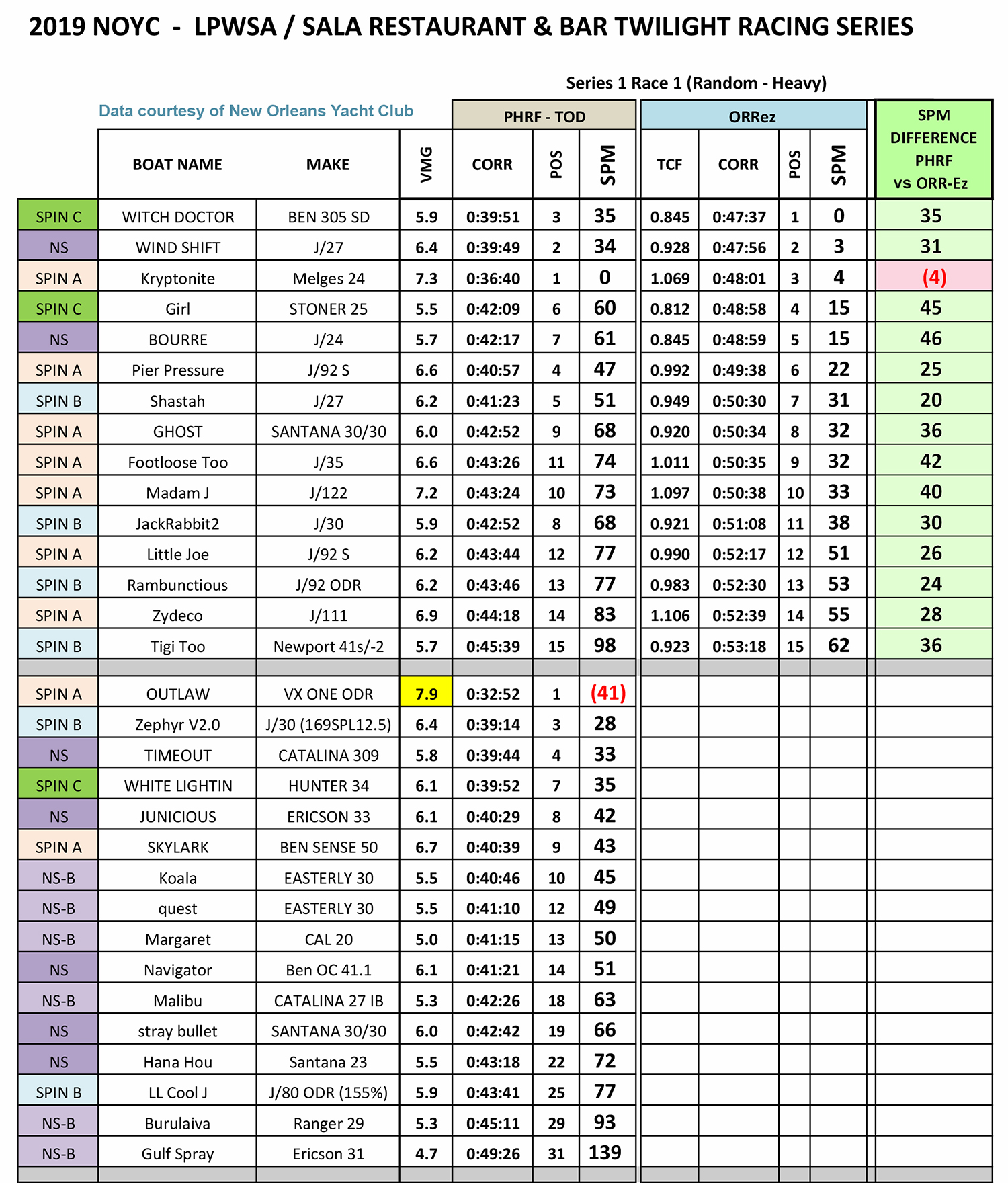 We think the best measure to examine is the column on the far right, “SPM Difference PHRF vs ORR-Ez.” This is the measurement, in seconds-per-mile, that each boat gained or lost to the First Place finisher when you switch from one scoring program to another (in “corrected” time).

The result is much closer racing, and these kinds of margins give Stoner a greater chance in a random-leg, heavy-air race. You’ll may also note that, with the exception of the Melges 24, every boat scored under ORR-Ez significantly improved their performance and finished closer to the 1st place boat.

For example, Witch Doctor finished 3rd in PHRF ToD, but when scored using ORR-Ez, she took the top spot. But the most notable fact was: 14 out of the 15 boats scored with ORR-Ez sailed a more competitive race with closer finishing times, only the Melges 24 had less impressive results, and even that was marginal, a mere four seconds per mile and not at all unexpected when smaller LWL boats meet a big breeze and race against heavier vessels.

We’ll be looking at more races on a regular basis, with the goal of giving our users, and potential users, a glimpse of the power of a more robust rating instrument. If you have any questions or comments, do not hesitate to contact one of us, or your regional rep. We’re happy to answer questions.

ORR - America's Choice, part 1 of a series Members of Bayview Yacht Club and other Great Lakes clubs...
All ORR News